Over the last few months I have been getting Rahn killed continuously, so it seemed only natural to try something else. With the Hyperion already done, I decided to add Dawnlord Vyros as my fifth Iosan warcaster. 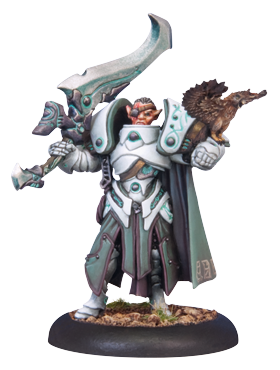 Although much maligned as the worst Retribution warcaster, the Doctor Dolittle of the Elven world does have a few things going for him.

Firstly, he has a pretty healthy statline. He might be slower than the average Iosan, but he has enough armour so he doesn’t have to be afraid of blast damage, this makes a nice change after playing Kaelyssa. In addition to this, he still has a fairly good defence and two damage boxes more than rest of the Retribution line up which is nice.

In fairness, his RAT is appalling, but as he doesn’t have a gun so I can live with that. On the other hand, MAT 8 is very respectable as one would expect from the head of the Dawn Guard. However he also has a way to boost that which we will come to later.

His spell list is, err. Just err. He has just two spells of any importance, Mobility and Inviolable Resolve.

Mobility gains adds pathfinder and +2 SPD to his battlegroup, and yes, that includes himself. SPD 7 Vyros and Hyperion? Oh yes please. SPD 8 Shyeel myrmidons? Umm, I sense some potential.

And then we have Inviolable Resolve. This is the only armour buff Retribution has and is frankly useful in soooo many places. Armour 19 Dawngaurd? Armour 21 Hyperion? Armour 25 warcaster? These all seem pretty good to me.

In theory, I could see Eliminator being interesting under specific circumstances but I don’t think Vyros has enough focus to make work and then still do anything useful. As the good Admiral would say “it’s a trap!”.

Moving on, Vyros’ two natural abilities are also really interesting. Bird’s Eye is a bit like poor man’s Phantom Hunter, however it affects his entire battlegroup all of the time. Considering the number of great guns on our heavies (and the lovely sparkle cannon on the Hyperion), ignoring forests, clouds, and intervening models looks very good  on paper.

The other ability is Flank (warjack). Vyros already has a P+S 14 sword with reach so there is a great deal of late game potential here. In theory, he can lay down seven weapon master, MAT 10 attacks. This kind of thing will end warnouns, or for that matter, anything smaller than an colossal.

And on top of that, he has a feat, but that seems ‘meh’. I would imagine it could be a good way to fuel an Hyperion (or two) for a turn, not that this trick worked in my first game with him. In bigger games this might be different, but I suspect not.

So far I have only played one game with him, and he was rather interesting. Mobility plus Lanyssa Ryssyl means his battlegroup has a very healthy threat range, in the case of Hyperion, that can be 14″ which is the same as a Mage Hunter Assassin. Pretty impressive for a colossal. Unfortunately, the trick with long threat ranges is being able to reliably take down your target, and most Retribution myrmidons are a little lacking in this department.

OK, in fairness my Hyperion might have completed fluffed its dice when attacking a Troll Axer, but the point stands.

Vyros also really requires a frontline unit to take or commit the first charge, and get up the board to provide his battlegroup an extra turn of shooting, and allow the Dawnlord himself to move up in some safety. This makes Halberdiers an essential  option with him in my humble opinion, although Sentinels might also work.

Anyway, I need a lot more practice with Vyros, because I think he is fun, and very different to the other Retribution warcasters. Once I have the Halberdiers painted, he might be getting rolled out for some more 50 point games.

One thought on “Field Guide: The Bird Elf of Ios” 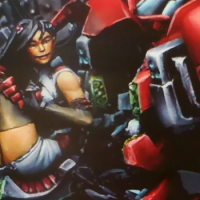 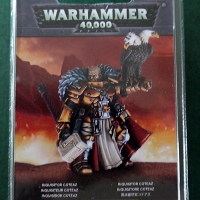