Despite the fact I’ve actually been doing hobby stuff, it appears I’ve been too busy to update this blog over the last two weeks. This is obviously a bit  rubbish, so what have I been up to? 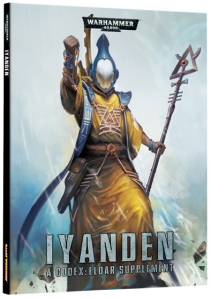 Well firstly, I still haven’t read the eldar codex I bought on its release day. What I have done is embroidered an Iyanden craftworld logo for a friend as he has cracked out his eldar for the first time in many years. As a bonus, he also the new Iyanden mini-codex to look forward too which is both annoying, because it is only available directly from GW and at the moment it is only available on the iPad; and very cool at the same time.

While I’m not entirely convinced on charging an additional £30 for a digital mini-codex that also requires the eldar codex, I suspect the hardback version will be very nice.

On the Warmachine side, there has been much more activity.

Firstly, we had PP’s big show, Lock & Load, the same weekend as the Eldar release. This is Privateer Press’ big show of the year, and tends to be full of teasers and announcements for the coming year. In between all the new shiny Convergence of Cyriss stuff (which I’m liking alot), we also heard about the latest Warmachine expansion, Vengeance, and a host of new casters including Issyria, Sybil of Dawn… 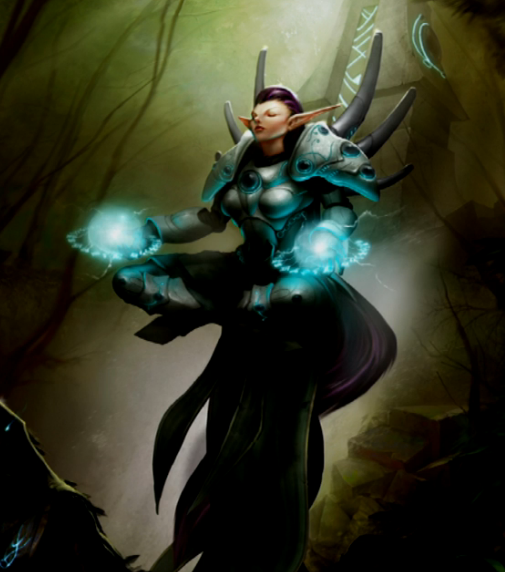 Umm, I think this is shaping up to be a very nice year for the angry elves.

Back on this side of the pond, so far, my Hyperion has had exactly one outing,  in a 35 Rahn ‘Fires from on High’ theme list. While the colossal itself performed ok, it seems Rahn and I do not get along. This could be because I keep on using him against casters that either (a) have lots of magical defence or (b) could not be knocked down.

It this particular case, a double-handed throw could have probably won me the game or at least kept me in it a bit longer. And it would have also have helped if the Battle Mages did not fail two command checks in a row. Hindsight is a great thing, however having a piece on the table which was difficult kill was great and very different from fielding normal Retribution heavies.

As a change of pace, I am currently painting Dawnlord Vyros which will give me a chance to build a very different style of army list. Expect more myrmidons and heavier infantry. I have also finished painting Lanyssa Ryssyl because she has some interesting abilities, especially combined with Hyperion.

More importantly she is a good excuse to play with some different hobby techniques, however there will be more on that in another post. 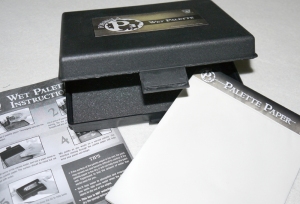 In addition to all this, I have also been trying out my new P3 Wet Palette. This works really nicely and is a nice upgrade from my DIY wet palette.

And finally, after one trip to Paris last week, I am now over half way through re-reading the Hobbit. Speaking of which, here’s the trailer for the second film.

One thought on “Pixies, and Giant Killer Robots”