It has taken a few weeks but my complete Invictor unit plus unit attachment (an officer plus standard bearer) are fully painted and ready for war. I bought these guys back in the spring when I had just started playing the elves because they added more shootiness to my already shooty army.

However the humble Dawn Guard Invictor seems to be rather maligned in the Retribution community on the Interweb. This has little to do with the Invictors themselves, and more to do with the competition. The Mage Hunter Strike Force is arguably a better ranged unit, whilst Dawn Guard Sentinels are harder hitting in melee. Accordingly Invictors seem to be unloved which is a shame, because they do both things, abet not quite as well.

And then there is their points cost. Err yes, these guys are expensive at basically one point each, but bear with me, I think they show some promise.

Why sir, your ranged unit appears to be charging me…

OK Invictors are not melee monsters, however they have the flank rule, so with a little care, they hit more accurately and almost as hard as Dawn Guard Sentinels. That’s quite impressive from a unit that can make combined ranged attacks.

In my last game, my opponent raised an eyebrow when two little elves were rolling four dice for damage on the charge. Suffice to say, the Man o War at the receiving end didn’t last.

Although armour 15 isn’t anything special, armour 17 from defensive line will save you from most blast damage (and it is infinitely better than the Mage Hunter’s armour 12).

However stacked with Discordia’s imprint, armour 19 pushes the Dawn Guard into the territory of tricky to kill with small arms. And happily Disco appears in all of my Ravyn lists!

As I intend to use the Invictors on the frontline, I don’t expect them to last, so every time one does not die, I’m ahead. Although I haven’t tried it yet, Ossyan’s Quicken spell plus an Artificer also pushes them to a very respectable defence 16.

I also haven’t tried the UA yet. On paper, the officer hugely improves the ranged potential of the Invictors. However I suspect that outside a Ravyn or Ossyan list, this might be a bit of a trap.

Invictors are all about combined arms and this is what I like about them. They bring an answer for most things. They are flexible. They fight well, they shoot well, and they are not super fragile (this is new in my elf career).

By getting the UA they move firmly into the shooty department. Although with flank, the officer is effectively MAT 10, which could surprise some higher defence models.

My first test for the Invictors has been with Kaelyssa and that’s been pretty successful. Now the complete unit is done I have a 35 point list to try with all twelve of them and the Griffon I painted ages ago, but never used.

Together the Invictors and the Griffon swallow up 16 points so they will probably be a natural addition to both my Ravyn and Ossyan lists at 50 points. 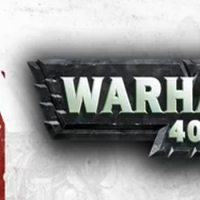