There are weeks where it feels like I’ve done nothing hobby related. This is one of them. However despite the lack of anything finished to show for it, there has been some work going on.

I’m not sure it counts as actually finishing the Purifiers (which where varnished and used last week), but the last touches have been applied to their bases in the form of some Woodland Scenics grass and water effects.

Those water effects still require a light white drybrush, however, almost there…

The second task for my Grey Knights is to paint the replacement arms for my dreadnought. On the Dread these make it a close support machine, backing up whatever is in the Stormraven at close quarters. These were undercoated several years ago when the dreadnoughts were orginally built and painted, however just not finished.

Anyway, as an excuse to use my airbrush some more (and the spray booth I built on Monday), the base coat has been done with that. I’ve even used some marking tape so I could apply two different base coat colours.

The next task with these as to breakout a paint brush and do all the detail stuff. On the plus side, I will not need to clean the airbrush again for a bit.

I won’t go into too much detail about my first encounter with a Finecast miniature here (there is another blog post about this), however suffice to say he took a while, but is now assembled and satisfyingly undercoated black.

So once the dreadnought arms are painted, Inquisitor Coteaz is next on the list.

Err yes. In addition to this lot I have digitised three designs for Ruth’s embroidery machine, which are now dice bags and almost ready to be shipped.

And I’ve ordered some more bits for the airbrush, including a nozzle cleaner as this is the most awkward bit of the thing to clean.

Yep, a strangely unproductive, yet rather busy week. Ho hum.

With a big project at work, I suspect next week will be very quiet on this front, however my plan is to start blogging weekly, probably on Friday, or on Monday when the wife is doing scouty things. That’s the theory anyway… 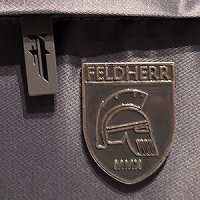